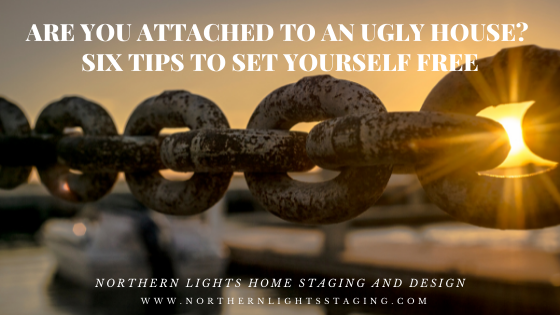 In my personal transformation classes, I learned that attachment to people, things, outcomes, etc. is the cause of most of our suffering. We stress over outcomes and how people behave. We try to control things because we get “attached” to an end result we want. We expect people to behave a certain way because we are attached to our beliefs of how they should act.

We get attached to outcomes because we are afraid of the unknown. 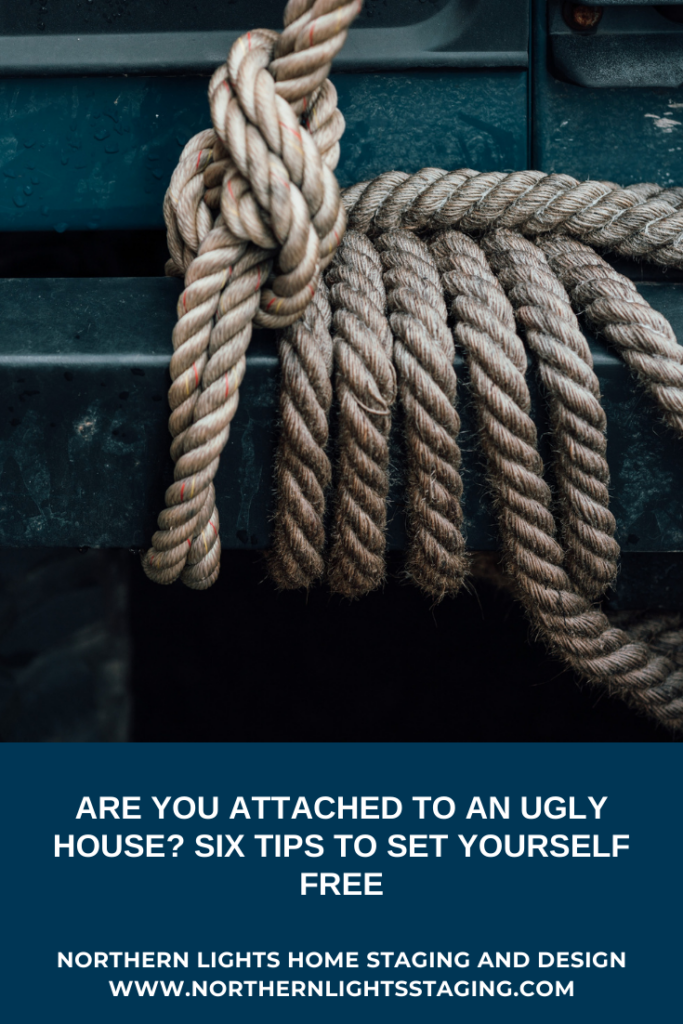 Attachment steals our well-being. Letting go of attachment to certain outcomes, and of trying to control everything can make us feel so much better.

Control is just an illusion anyway. When it comes right down to it, we do not have control over anything or anyone. Things can happen in an instant to take away whatever control we thought we had.

Attachment can also affect the way our house looks and feels, and how likely we are to be able to create that perfect space we wish we had. 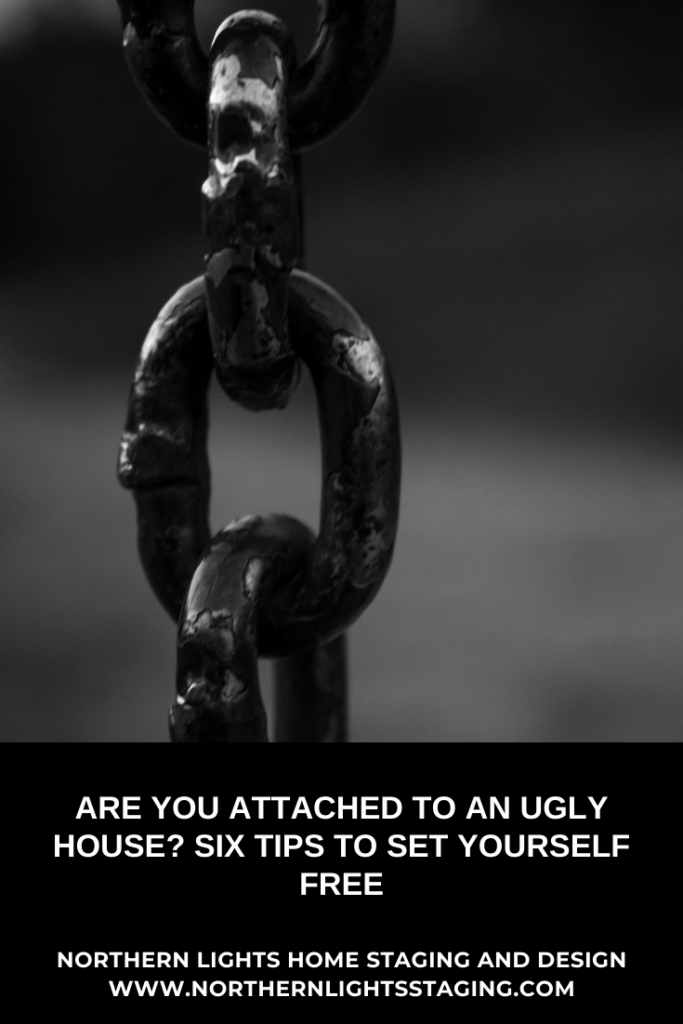 How to Release Attachment

Think about your own home. Are you attached to any of these things?

Let Go of Your Pain

During the design consultation, I realized that attachment would likely stop my client from getting the end result she really wanted.

She told me she had never liked the house and had been pressured to buy it by her partner.   She described its many issues and that it never looked the way she wanted it to.

Every room was filled with clutter, furniture covered with unattractive and mismatched covers to protect it from the dogs, furniture barriers created to keep the dog away from the cat.

Rooms, instead of being used for their intended purposes, were used for many purposes. For example, the living room also served as a playroom and an office. The separate office was also a craft room and a TV room.

For every suggestion I gave, there were ten reasons why nothing could change. She was attached to her “pain”.

We took the pet covers off the living room furniture and re-arranged a bit, creating an amazing transformation. Sadly, I think after I left it will likely go back to looking the way it did previously.

Instead of thinking of ten reasons you can’t make changes in your home, think of one reason you can. Your home will look more beautiful for it. 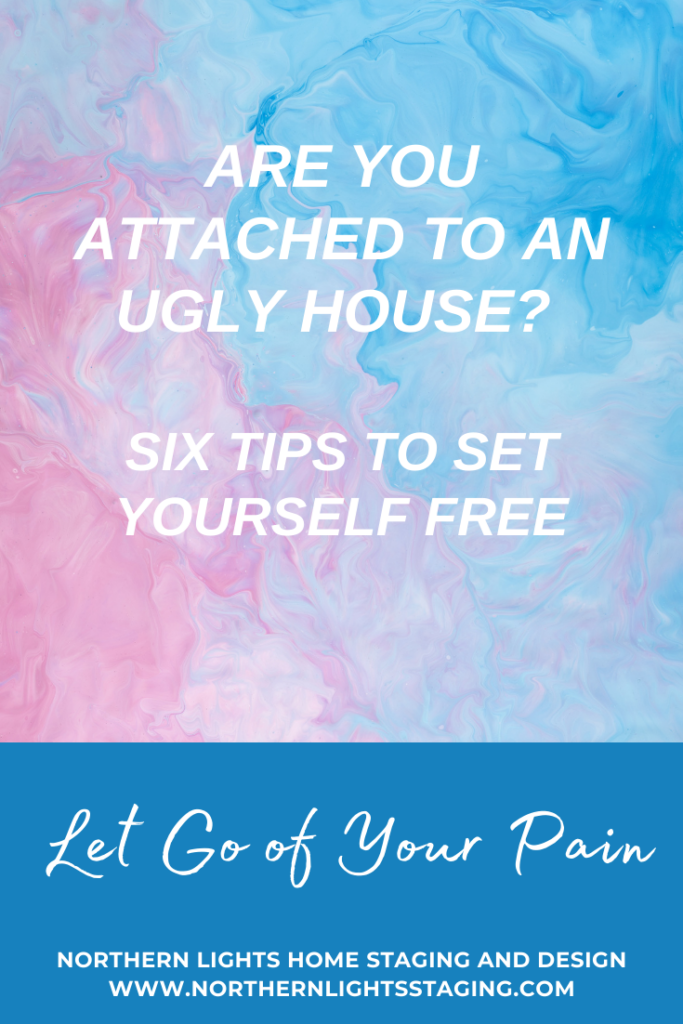 All attachment stems from fear, mainly of the unknown. Are you afraid of making changes with color, flooring, furniture, and more?

The unknown can be much better than what you have now.  Embrace it and see what beauty might stem from it. Making changes requires taking risks. Beauty could be on the other side of that scary door. 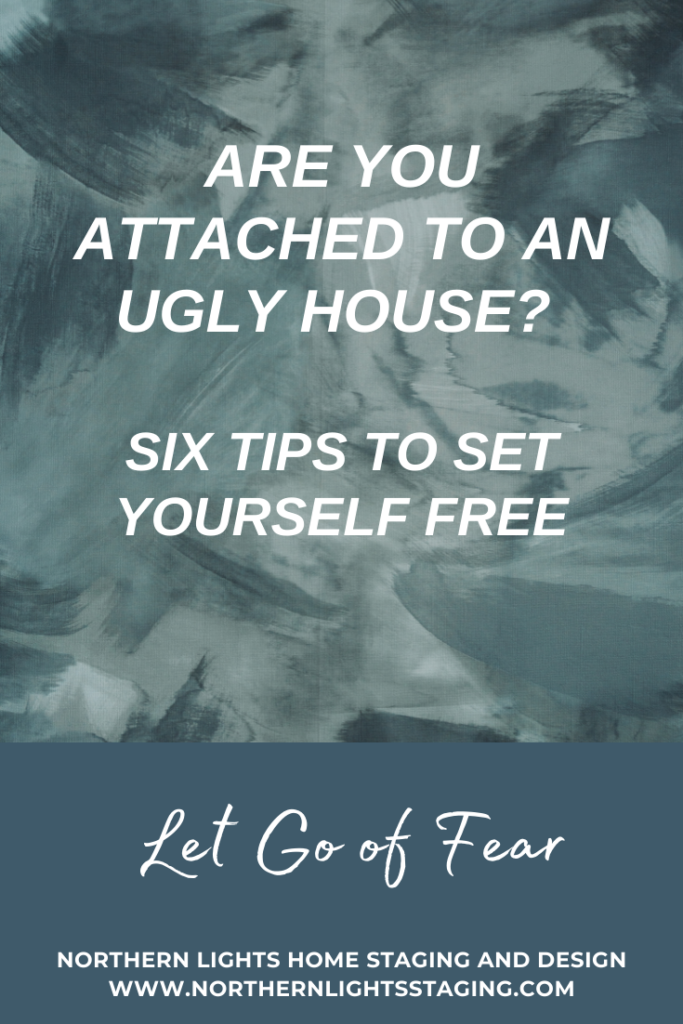 Let Go of the Past

You have probably grown and changed over time.  Embrace that. No need to hang on to a style from a bygone era just because you are used to it. 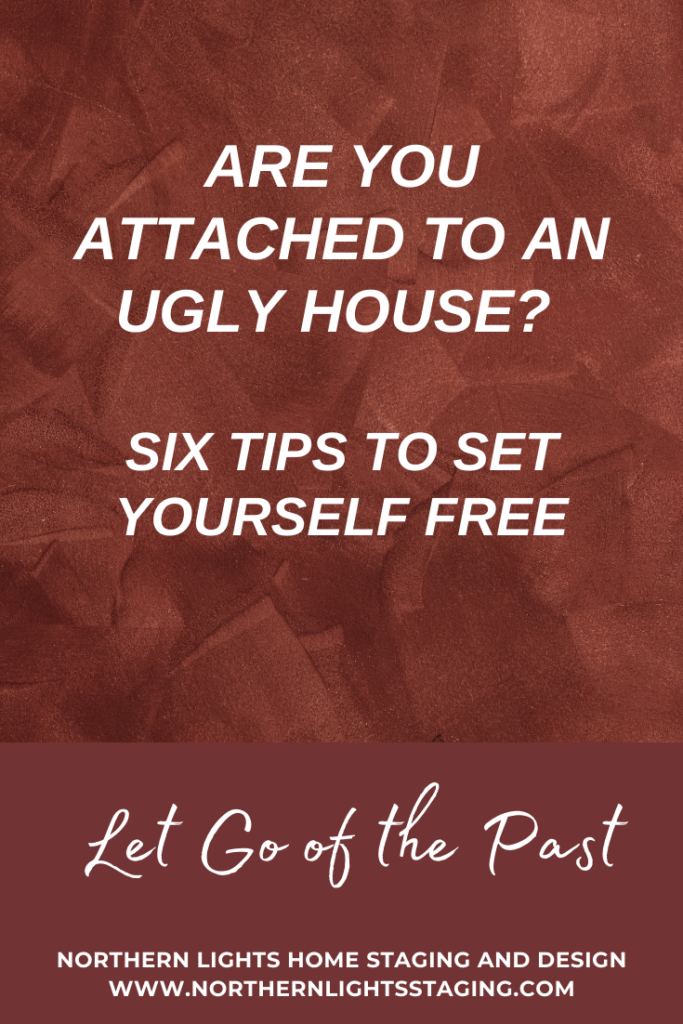 Let Go of the Status Quo

Just because it has always been that way, doesn’t mean it needs to stay that way. Let it go. The pile of things in the corner has been there for years. Does that mean it should remain there forever? We fear change. There is that word again. Fear. 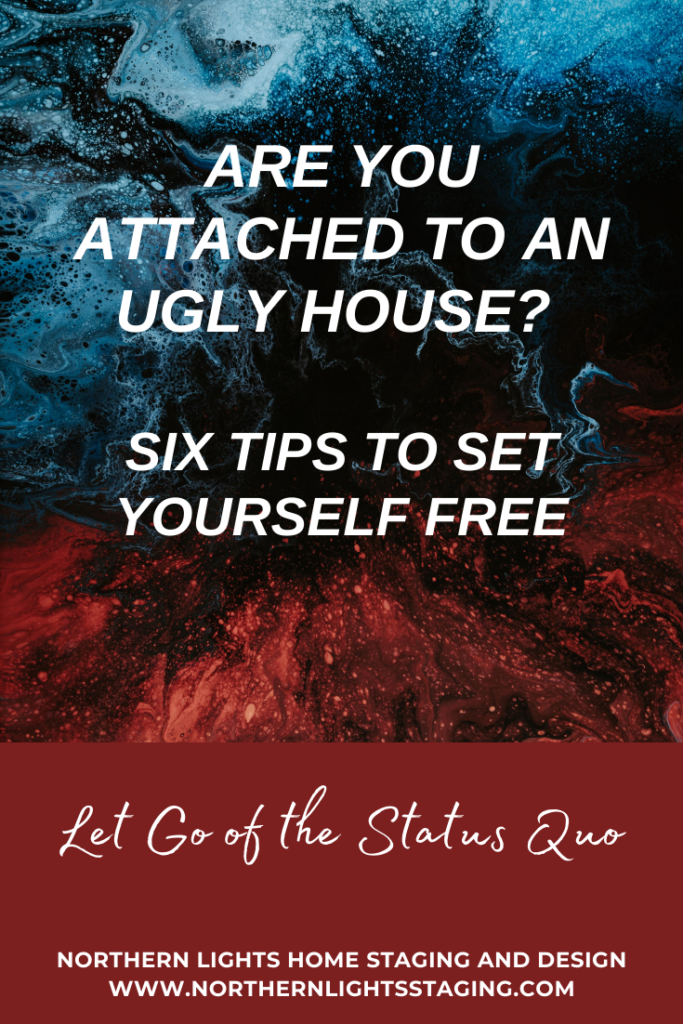 Feeling the need to control everything is just another aspect of fear of the unknown. The unknown might just be the most beautiful room you have ever seen! Take a chance. 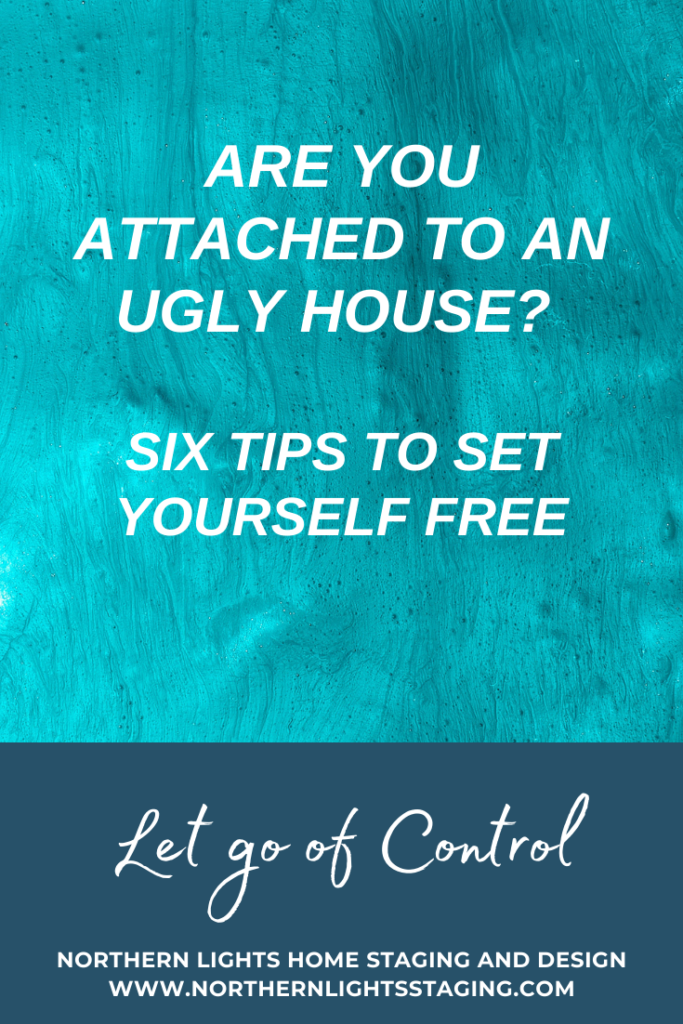 I know, if you get rid of it, you might need it next week. If you haven’t used it or worn it in 10 years, that probably won’t happen. Everyone I know, including me, has too much stuff.

It NEVER looks good in a room.

Set it free so it can go to someone who really needs it and will love it. 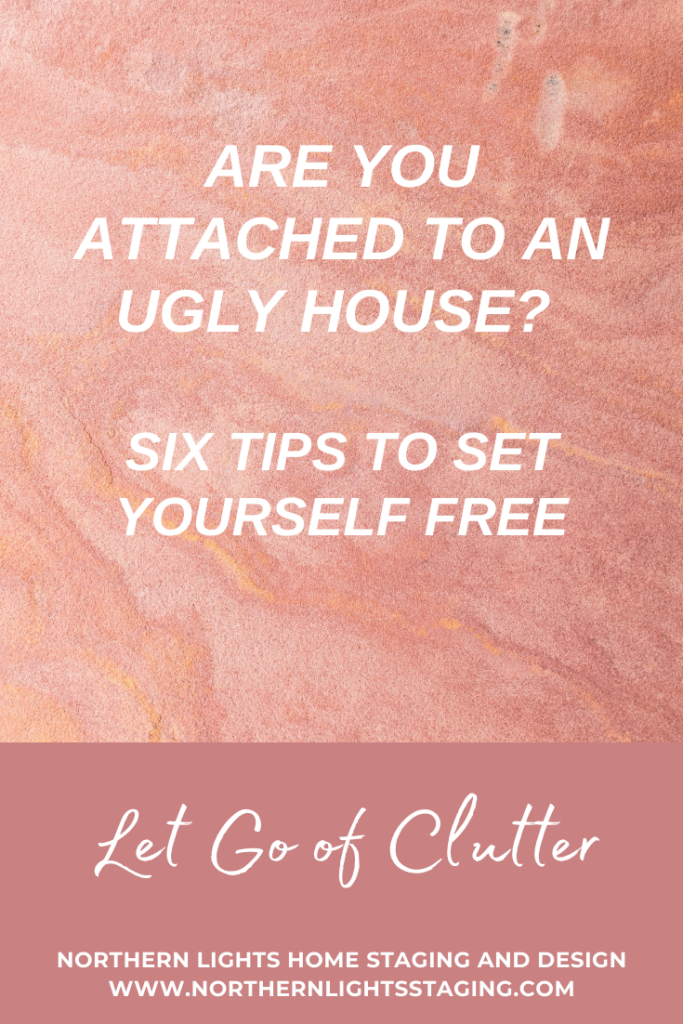 Are You Ready to Let Go?

It’s really not though. Hire a designer. They have your best interest at heart and can take a lot of the risk of making a mistake out of the process. They know what looks good and what works. It is a lot less risky enlisting the help of a pro and listening to them than going it alone.

Hire someone with good reviews. Listen to them. Let go of fear and control. Enjoy the ride and see what joy is on the other side.

And if you really don’t like the end result, there is no law that says you can’t change your mind and make adjustments. 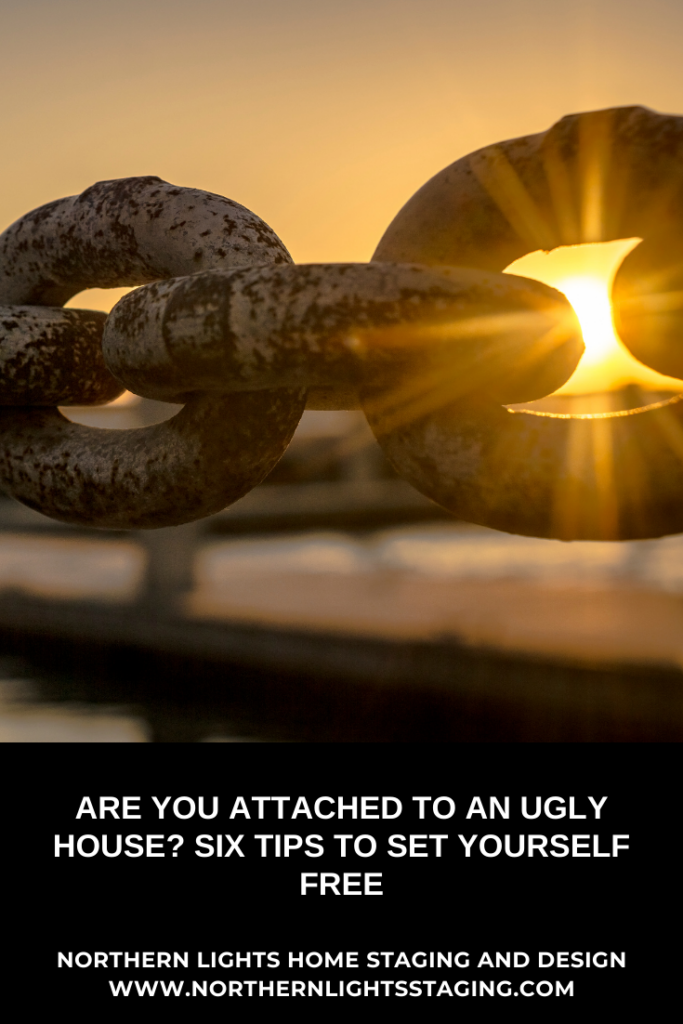 My Aligned Design philosophy aligns Art, Science, and Energy to make magic happen in your home and life.

I believe in creating beautiful, colorful homes that look and feel great and energetically enhance your life.
When your space is better, you are better. When you are better, the world is better. 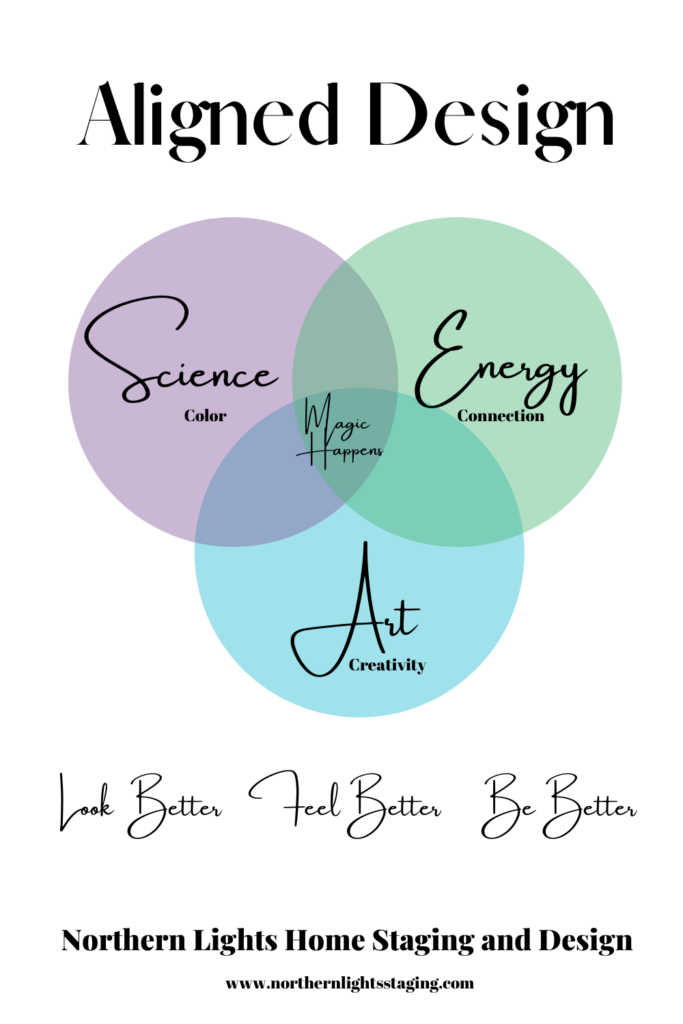 Now that you more tips to creating your perfect space, are you ready to take action to make it happen in your home? If you knew absolutely for certain that creating a perfect space would create a better life for you, you would do it, wouldn’t you?

I assume if you have read this far, you are serious about making a change you know will make you happy.

Let me help you take that trip to your perfect space in a Ferrari instead of a stagecoach. Try my Aligned Design consultation and let’s get started. 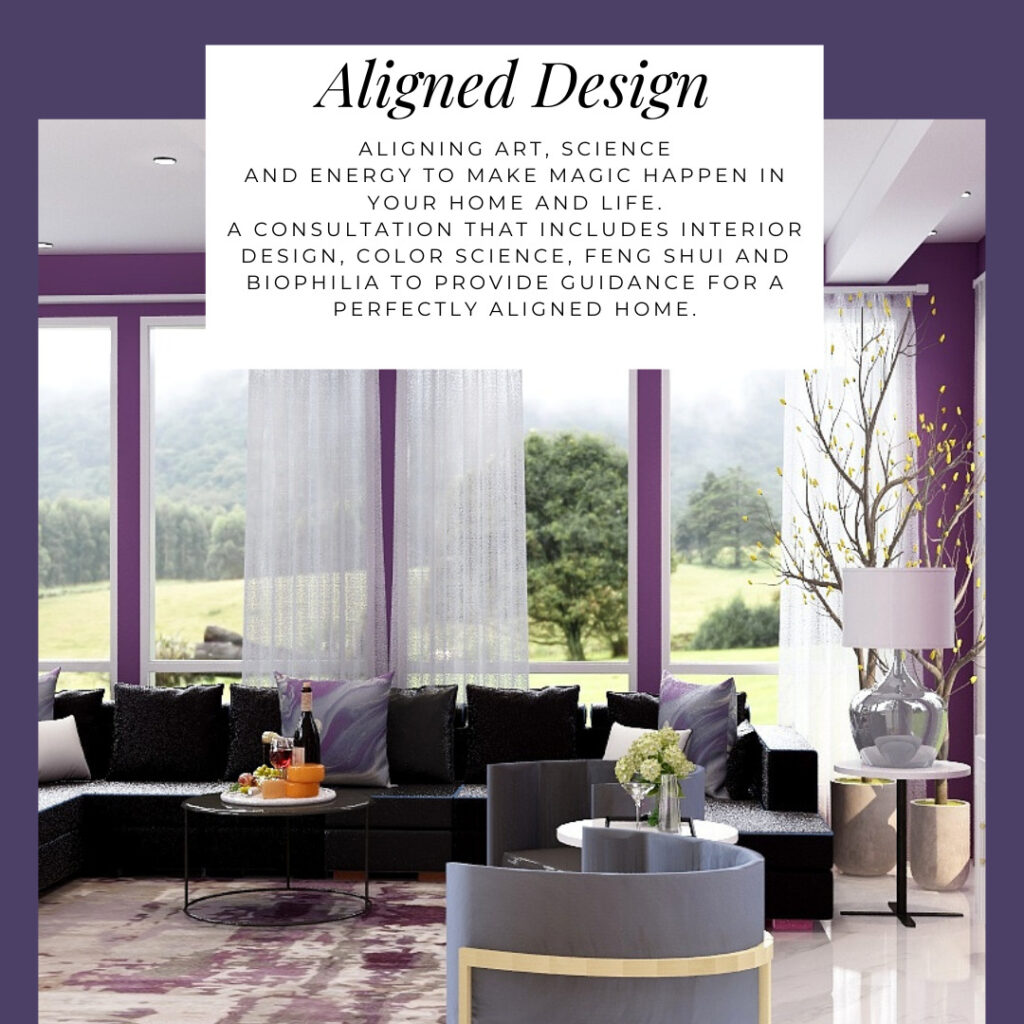 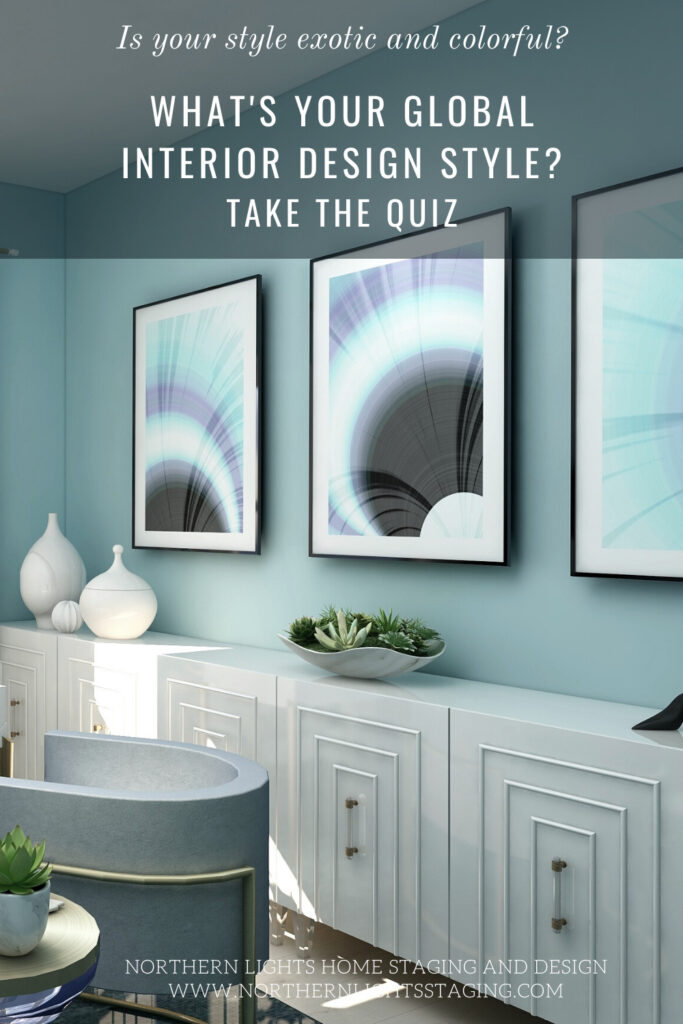 4 thoughts on “Are You Attached to an Ugly House? Six Tips to Set Yourself Free”